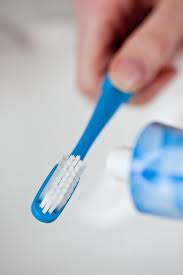 Did you know that the first toothbrush was created around 3000 BC? Ancient civilizations would use a twig with a frayed edge to rub against their teeth to clean them. Taking care of your smile is nothing new; people have obviously been brushing their teeth for thousands of years.

The first toothbrush with bristles, similar to current toothbrushes, was invented in around 1498 in China. Brushes were made out of bamboo or bone, with bristles made from the hairs on the back of a hog's neck.

It wasn't until around 1940 that the first nylon bristled toothbrush was introduced, and people quickly became more aware of practicing good oral hygiene.

Here are some other interesting facts about toothbrushes and toothpaste: 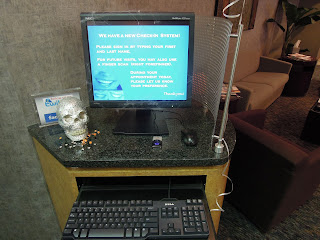 Sondhi-Biggs Orthodontics now offers Keyboard OR Finger scan check-in for our patients. Both enhance the security and identity for our patients and are HIPAA compliant. We look forward to setting your preference at your next visit.
Posted by Unknown at 9:59 AM 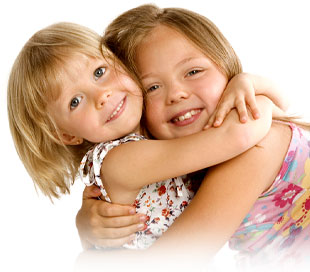 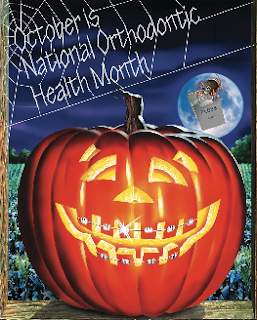 October is National Orthodontic Health Month. During this month we make a number of educational presentations to students and teachers at the local schools and try to enhance their understanding about recent advances in orthodontic treatment.

Sondhi-Biggs Orthodontics would like to give you some tips to help keep your teeth and braces safe.

Good alternatives include chocolates, peanut butter cups, or other melt-in-your mouth varieties. If you consume sweets, do so in moderation. Brushing and flossing are more important than ever during the Halloween season, when teeth may receive more exposure to cavity causing sweets. Orthodontic patients should be especially conscientious about brushing and flossing after consuming sugary or starchy foods.  Have a wonderful Halloween!
Posted by Unknown at 6:30 AM