Should the consultation be or not be "Free"... that is the Question. 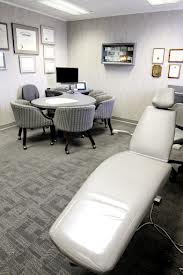 Some orthodontic practices advertise that their consultation is "free". As the old phrase goes, nothing is really free. It's likely that the cost of the consultation is added into the cost of the treatment fee.  Dr. Sondhi and Dr. Biggs are specially trained Orthodontists, and their education and experience is valuable. Our consultation fee is minimal and worth every penny. Would you choose a neurologist or heart surgeon based on a "free" consultation? If you have any questions, please feel free to contact any one of our Sondhi-Biggs Orthodontics team members.
Posted by Unknown at 3:55 AM

What if my Child is older? 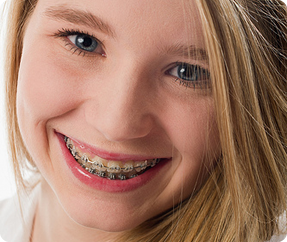 Even if your child is past the age of 7, it is important to have an orthodontic check-up as soon as possible. The fact is that most orthodontic patients begin active treatment between ages 9 and 14. Of course, every child is different and generally speaking, because children are still growing, this age range is optimal for achieving the best possible result from orthodontic treatment.

It's not always easy to tell when your child has an orthodontic problem.  Even teeth that look straight might be hiding a dysfunctional bite, which is why it's important to take your child for that initial orthodontic check-up no later than age 7. Here are some examples that may indicate orthodontic attention is necessary:
If any of these issues sound familar regarding your own children, please feel free to contact any one of our Sondhi-Biggs Orthodontics team members to discuss your concerns further.
Posted by Unknown at 7:35 AM

They come from all over... 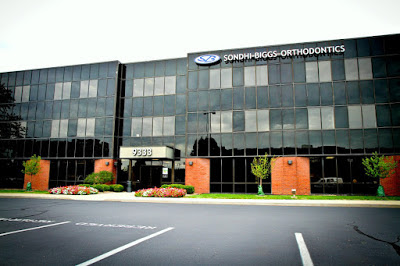 On March 15-16, Sondhi-Biggs Orthodontics will be hosting one of our in-office courses. Dr. Sondhi will be teaching other doctors from around the world what our office does on a daily basis that makes us "Smiles Above the Rest." For this course, 10 doctors and their staff members will travel a combined total approximately 13,000 miles in order to learn information and treatment mechanics for enhancing in their practices. This two-day course instructs doctors about many of the procedures and office protocols we use on a daily basis.

Is this space normal?

Over the past couple of decades there has been a shift in orthodontic treatment from extracting teeth to expanding the dental arches when crowding is present. Expanders work great, but there are some temporary side effects that can catch parents by surprise. One of those being the opening and eventual closing of a gap between the front teeth.

The palate, or roof of the mouth, is made up of two bones joined together in the center by what is called the suture. When a patient is young, this suture is made of stretchable cartilage, and is the area where growth takes place. Expanders take advantage of the still pliable growth plate if they are used before it becomes fused. One sign that the expander has actually moved the two halves of the palate apart is the appearance of a space between the front teeth. The central incisors (2 front teeth) are located on different sides of the growth plate and they spread apart as the palate is expanded. The result is a visible gap between the teeth. This gap is normal and a desired consequence of expansion.

Once the expander has provided the desired amount of expansion, the orthodontist will typically leave it in place for approximately 8-10 weeks, to hold the two halves of the palate apart while new bone develops between them.

During this stabilizing period, the gap created during the expansion tends to close on its own. This happens slowly over time, but it surprises many parents the first time they notice it is smaller or gone altogether. Understandably, many parents call our office worried that the expansion has slipped and that the benefits achieved during the activation have been lost, however, this is not the case.

Knowing ahead of time that an expander could create a gap between the front teeth and that it will go away on its own is reassuring. If what you see in your mouth or in the mouth of your child does not seem to follow the pattern described above, give any one of our Sondhi-Biggs Orthodontics team members a call and let us know.
Posted by Unknown at 5:05 AM